10 Ways Work Is Changing in the Age of Hybrid

The topic of hybrid work—arrangements where workers spend part of their time in the office and part working remotely—continues to inspire controversy. While the headlines often focus on a battle between executives and employees, many organizations are experimenting with new ways to use hybrid and remote work as opportunities to increase diversity, happiness, and flexibility at work—while still focusing on bottom-line measures like productivity and collaboration.

RedThread Research recently concluded a podcast season, Adventures in Hybrid Work, where industry thought leaders reflected on how they have been approaching the topic, insights gained over the course of the past few years, and predictions for the future. During a recent webinar, “How Hybrid Work Can Enable Better Work and Happier Lives,” I had the opportunity to reflect on the season as part of a panel discussion led by RedThread co-founders and principal analysts, Stacia Garr and Dani Johnson, and joined by Chris Pirie (Founder and CEO, Learning Futures Group, LLC) and Emily Killham (Director of Research and Insights at Perceptyx).

Here are 10 top takeaways from the webinar as well as from the pantheon of thought leaders RedThread interviewed over the course of the season, including:

The first episode featured John Boudreau, Senior Research Scientist and Professor Emeritus at the University of Southern California Marshall School of Business. John talked about the history of work, how it’s providing the path for the future of work, and how to implement four principles of what he calls the ‘new work operating system’:

“What we’re talking about with the notion of work with people is the notion of moving from thinking about work as a job at a time, a job holder at a time, a degree at a time, to a system that allows the parts to freely connect and to do that potentially in a much faster way so tasks and projects can connect to atomized or deconstructed worker capabilities.”

Several of the guests, including Dawn Klinghoffer, RJ Milnor, and Lydia Wu, spoke about strategies their companies have employed to hear from their employees. Going well beyond the annual engagement survey, all three leaders spoke about ways they are intentionally gathering data from people in specific populations or at points in their career journey—all with the purpose of understanding and enhancing the employee experience.

“Our human-centric approach—but that is central to our return-to-office approach as well; we need to, by listening to our teams and during this very long journey we’ve all been on together, we’ve been able to shape our approach with our employees at the heart of what we do. It’s built-in, based on their feedback.”

Use data to drive action

Flowing from this approach of continuous listening is the need to create actions in ways that benefit employees. If workers are not clear on what you are doing with the information you’re asking them for, and you don’t share learnings, they will stop cooperating in the future. Sometimes, these actions can appear small on the surface but are meaningfully important to workers: for example, Lydia Wu spoke about how Panasonic implemented a floating holiday to be more inclusive and accommodating for folks who celebrate holidays outside the standard statutory days off.

“I think that level of flexibility really went above and beyond to show our workforce that we really cared about them. We wanted to give them the flexibility within the structure that we’re operating at, and we’re willing to take their feedback into consideration.”

A common theme across the season was how to balance collaboration and productivity. Like many organizations, Microsoft and Uber saw a surge in the number of meetings when people started working remotely and a concomitant reduction in focus time—that critical time when you need to go “heads down” and actually get work done.

“With hybrid work, there can be too much collaboration. Maybe you can communicate information without being on Zoom meetings all the time. Maybe we can carve out time for ‘deep work,’ including blocks of time when no one bothers each other.”

RJ Milnor leaned in heavily to the idea of trust being essential to make flexible work arrangements stick. Even when it might feel uncomfortable. The idea of trust also featured heavily in the interview with Phil Rhodes—as an anchoring competence in a frontline leadership development program WM rolled out during the pandemic, but one which he described as important in a fundamental human sense of ‘I hear you and I understand the difficulty.’

“One of our values is ‘Do the right thing.’ We trust our employees to do the right thing, whether they need to be in person or not based on the outcomes that they’re seeking.”

Connections and social capital are essential

While the theme of connections came up in multiple episodes, Michael Arena introduced us to the concept of social capital to the discussion. Social capital refers to the depth and breadth of connections at work and can explain why some businesses are more adaptive and successful than others. In a hybrid work environment, social capital should be considered, but in the context of intra- and cross-team work. There is nuance to this, and as other guests alluded to, situations vary.

“Are we in heads up or heads down work?” Heads up is, “We’ve got to be working out and working across teams.” Heads down is, “We’ve got to be focused on what we have in front of us as a local team.” And if we’re heads up, then the next set of questions is, “How much existing social capital do you have across the groups that you need to be working in?” If you have very little, get back to the office; if you have a lot, you can leverage that existing social capital to get a lot of work done virtually.”

Managers have played an outsized role in the successful execution of remote work that looks likely to carry into work models of the future. But the role of the manager has changed dramatically and organizations have had to be more intentional in the development and support of managers as they take on new responsibilities of care for their teams.

“Up until the pandemic, we heard lots of kvetching about managers: “Our managers don’t value their people, blah blah blah blah blah.” And then during the pandemic, everyone’s like, “Oh my gosh, the managers are so important!” And so we’re finally realizing that they need to be supported; we can’t just give them responsibility without support.”

This idea of developing and supporting managers has been put into practice by WM with a new frontline manager development program, launched during the pandemic, that is conducted mostly virtually, includes a variety of modalities including virtual instructor-led training, ‘homework’ assignments like articles and TED talks, and digital coaching tools.

“I think there’s symbolic investment and then there’s the actual investing in someone’s skillsets. And what was amazing, Dani, is that if you go on LinkedIn, you will see proud certificate frontline leaders, proud of themselves for getting through the program at a really difficult time, and thankful for the opportunity.”

A concern that came up during several conversations was the potential impact of hybrid work diversity, equity, inclusion, and belonging initiatives. Research shows that preferences for remote work are higher among certain populations, including women, people of color, and working parents. Strict policies about work-in-office threaten to undermine ongoing efforts.

“We need to be ahead of this from a data perspective. As I mentioned earlier, the groups that want to be remote the most often, such as black women, are also the groups targeted for DEIB advancement. We won’t want to look back in five years and discover that we lost them because they weren’t in the office.”

Throughout the season, the guests were refreshingly intellectually humble in articulating that we are all in a new place, that there are rulebooks, and every organization will look different in its approach to hybrid work.

“Start small. You don’t have to do everything all at once, and I would say, look at the data that you have and what data you would like to have.”

Parting thought: Are we just talking about work?

While so much attention has been focused on policies—how much time is spent in the office, which days of the week are you expected to show up, how is office time measured—are we really just talking about work and how it gets done? How do organizations achieve their business objectives while meeting the needs of individuals? What is the right balance of in-person and remote interactions—though we may need to rethink the meaning of ‘remote’ and ‘virtual’ in a work environment that is increasingly connected. We’re at the beginning of a journey, one that has the potential to both meet the bottom line while opening doors to increased opportunity and happiness at work.

To hear more about how organizations are adapting to remote work, tune into the recording of the webinar, How Hybrid Work Can Enable Better Work and Happier Lives, or listen to individual episodes of the RedThread Research podcast series, Adventures in Hybrid Work. 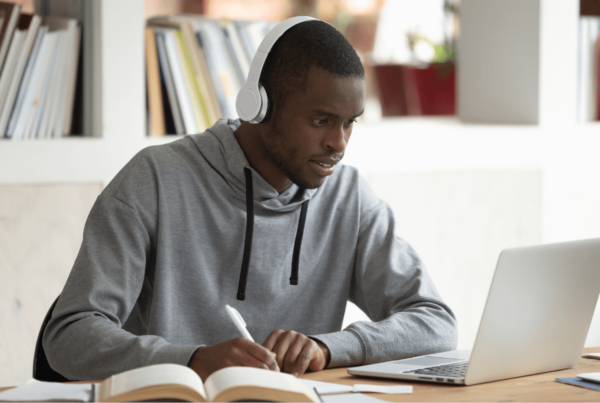 The Future of Learning Management Systems in Higher Education 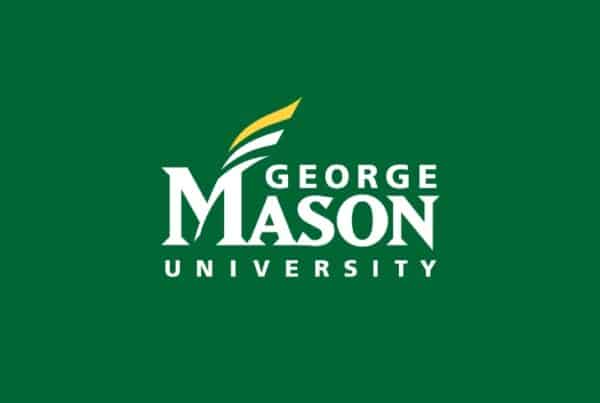 The Next Era of Online Learning at George Mason University 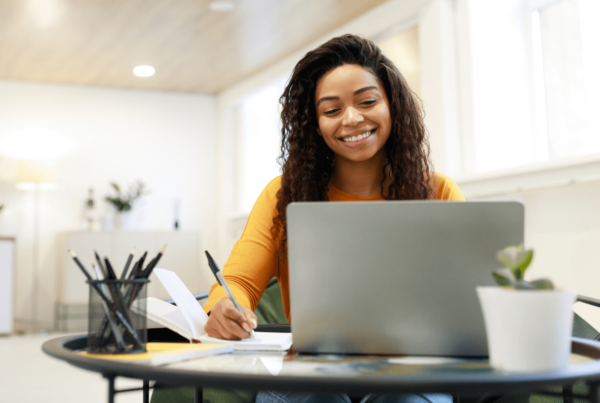 Data-Driven Instruction as an Interventionist Method